Across Canada, there is a severe shortage of decent quality housing that is affordable to those with low incomes, and mu

Conventional wisdom held that housing prices couldn’t fall. But the spectacular boom and bust of the housing market duri 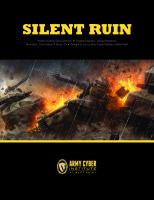 Our Science Fiction Prototype begins in the year 2027. Romania and Moldova have united, crossing a red line for Russia. Housing is one of the basic needs for humans. Families in different countries with various cultures, who have different life styles respond to their individual needs including physical and mental in a safe place that is called house. The world population is increasing day by day. In parallel to this population growth, housing demand increases rapidly. Thus, different countries try to meet the needs of housing by creating multifarious housing policies. Generally, these policies have been developed according to countries’ special conditions and the developments in the world. Iran is also a country, which has a rapid population growth and has developed series of policies to solve the housing problems. Affordable housing is one of solution for providing the house by governments. These type of houses is the ways to answer the demand for low-income people or the people that their income is not sufficient to owner a house. Since 2007, government has built new type of affordable housing in different cities of Iran. These houses are named as Mehr Housing, which are generally medium and high-rise buildings for low-income people. In this study, it is intended to make an evaluation about the strengthens and weaknesses of Mehr Housing projects in Iran in terms of housing quality. In order to evaluate the architectural quality of Mehr Housing projects in Sarvestan, Abadeh, Nourabad, Firoozabad, Hashtgerd, Zahedan, Tabriz, Hadishahr, Marand, Zanjan, Yazd and Natanz physical analysis method is used as well as literature review. These analyses are mainly done based on location and accessibility, safety and security, public open spaces and recreational activities, plan layout of housing units and physical features. By this discussion, it is expected to create a guidance for the policy makers, designers, users and other shareholders. Journal Of CONTEMPORARY URBAN AFFAIRS (2018), 2(3), 137-145. https://doi.org/10.25034/ijcua.2018.4728